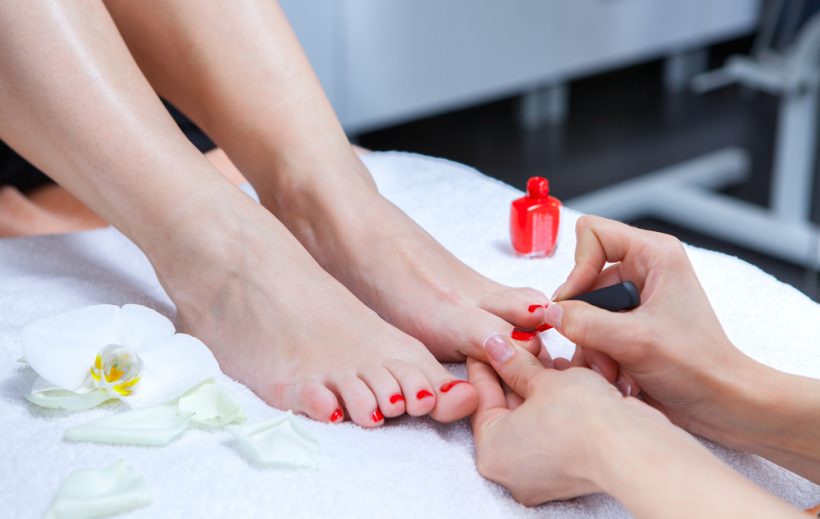 There’s nothing quite as relaxing as a visit to the salon for a relaxing pedicure. But if you’ve heard horror stories from other people about how they caught an awful fungal infection after getting a routine pedicure, it’s understandable if you’re a little concerned. So, what does this mean for your monthly indulgence? Should you stop going to the pedicurist altogether? Is it even true that pedicures can put you at risk of fungal infections? Here are some answers as well as some handy tips to help you keep up your beauty regimen without raising the health risks from exposure to fungi and bacteria.

Toenail fungus can arise from numerous causes, some of which are related to injury and illness and others due to a fungal infection. Your body already has fungus it is exposed to. But in certain circumstances, like the presence of a moist and warm environment, there is an overgrowth of fungi beneath the nail or on it. Fungi responsible for problems like ringworm, athlete’s foot or jock itch can also cause toenail fungus. Your toenails are more likely to develop such problems than your fingernails because the closed shoes and socks you wear create the exact moist and warm environment that fungi love!

During a pedicure, in particular, you could pick up a fungus in one or more of these ways:

Those with weakened immune systems, diabetes or other medical conditions like poor blood circulation are more at risk of contracting toenail fungus than others. This applies to all scenarios, including a visit to the pedicurist at the salon.  If you smoke or have family members who smoke, that elevates your risk too. People who spend a lot of time in water may also contract fungal infections more easily than others. If you already have a toenail or foot injury, that exposes you to greater chances of being affected by toenail fungus.

This doesn’t mean that every single person with such conditions will pick up such an infection, nor does it make everyone else immune to the problem. It is important to stay alert and exercise some caution in your choice of salon and therapist.

How do you know if you’ve been unlucky and caught toenail fungus at your last pedicure? Sometimes, your pedicurist might let you know there’s a problem if they see something off during a session. However, it is pretty simple to spot the telltale symptoms of toenail fungus yourself too. Look out for one or more of these indications of toenail fungus:

Left untreated, the fungus could cause bigger problems. The infection could spread beyond the nails to other parts of the body. It could even enter your bloodstream and become very risky to your general health. At the very least, your nail might be badly discolored, or you might wind up permanently losing your nail to infection.

How to Avoid Getting Toenail Fungus From Pedicures

Everyone needs a little indulgent pedicure now and then. But if you’re worried about catching a fungal infection from getting a pedicure, you might step on the side of caution and avoid them altogether. The good news is you don’t need to steer clear of pedicure completely. Just follow these precautions when you’re having one done, and you should be just fine. 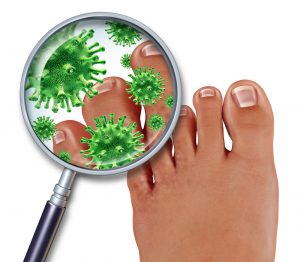 Everyone needs a little indulgent pedicure now and then. But if you’re worried about catching a fungal infection from getting a pedicure, you might step on the side of caution and avoid them altogether. The good news is you don’t need to steer clear of pedicure completely. Just follow these precautions when you’re having one done, and you should be just fine.

If you are unfortunate enough to pick up toenail fungus, there are some simple ways to tackle the problem. They don’t need anything more than commonly available ingredients. These all-natural remedies are quick to toss together and effective too! 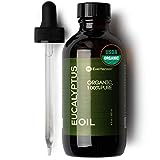 Whatever the remedy you’re using, be sure to keep doing it for a few months to ensure you’ve seen the last of that fungus. It can be tempting to stop earlier when things look like they’re improving, but doing this might mean you see a recurrence of the problem once you stop the treatment. And remember, to avoid the problem in the first place, there’s no better solution than a little extra care and caution when you go to the salon for your pedicure. If you’re hesitant about trusting a pedicurist, just pick up some indulgent products and pamper yourself with an at-home pedicure. Armed with this information, you’ll never have to worry about getting a fungus from a pedicure again!

How to Get Rid of Ringworm on Face - Treatment You Can Try Today
Why Are My Toenails Yellow - What You Need To Know
What Causes Curved Toenails - What You Need to Know
Is Toenail Fungus Dangerous?